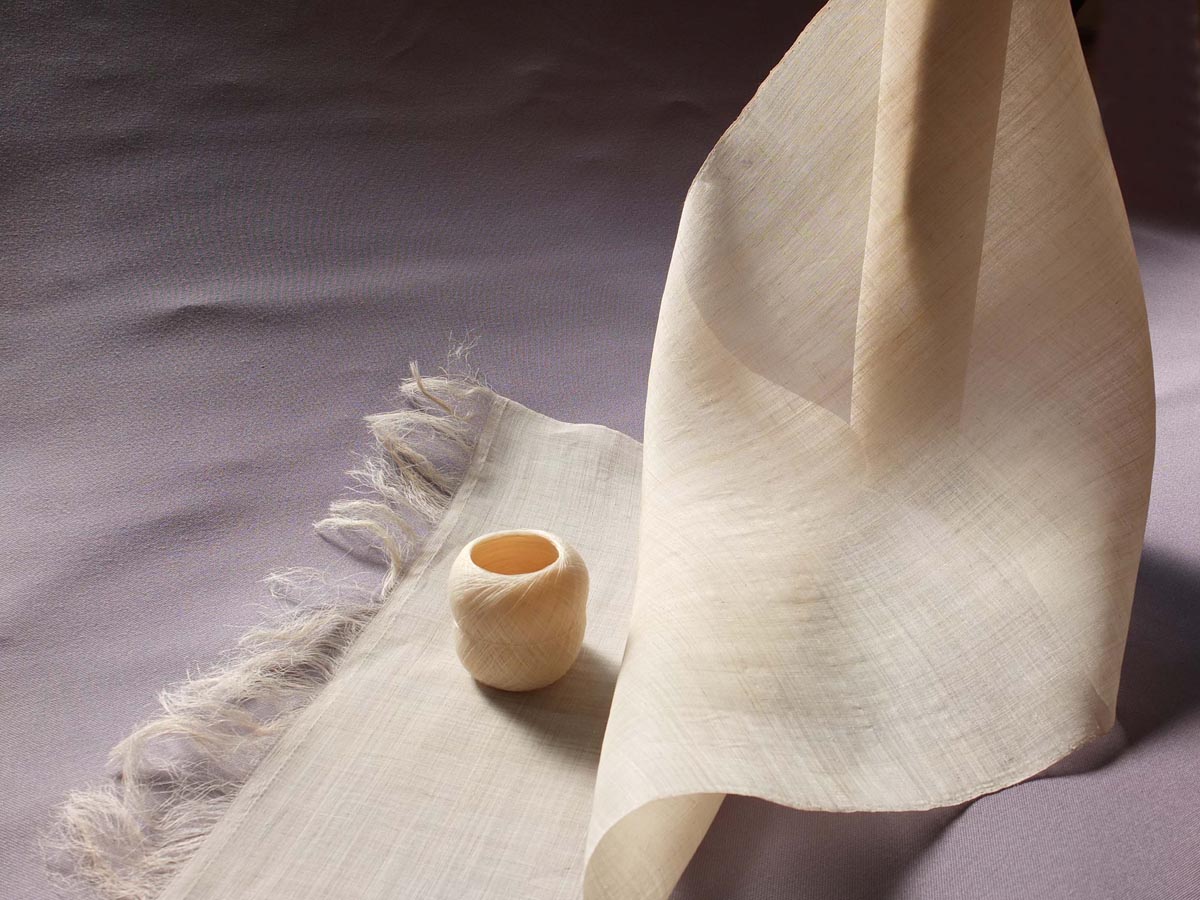 Here we have a white-kasuri (Ikat) Jofu. The material of the cloth is Choma (Ramie).
Choma, which can make a thin and beautiful thread, is also a fiber that Japanese have been “wearing” from very ancient times along with hemp.
This is the pinnacle quality fabric in terms of feel and density of texture that was reached by the culture of Asa.
AONI started to make cloth comparable to this Jofu of equally high quality fabric, so we began making thread as the first step.

About 15 years ago, we started to make Jofu fabric with double ply-joint, 32 threads per centimeter in China.
We are still continuously making high quality threads even though the people, the location, and “O” fiber material are changed.
The thread for the Jofu is spun. Therefore it has to be “ sturdy and even in thickness” and starched for weft thread, and thus the thread making needs highly skilled work.
We have been making Jofu with this kind of thread.

Making Jofu is not easy and straightforward. There are so many difficulties, one problem and another problem, but in Japan we have good materials, we have tenacious people, we can have access to a lot of information, we have the best environment for a person who wants to make something special.
The tradition almost died out but it has not died. Continuously trying hard, “not giving up”. This might have been the work of our inherited DNA of earlier Japanese.

The character of “Cho” of Choma is sometimes pronounced “Cho”, or “O”, or “So”.
The meaning of this character is sometimes as the fiber but sometimes means the thread.
The world of hand ply-joint Asa is complicated as much as the material Asa.